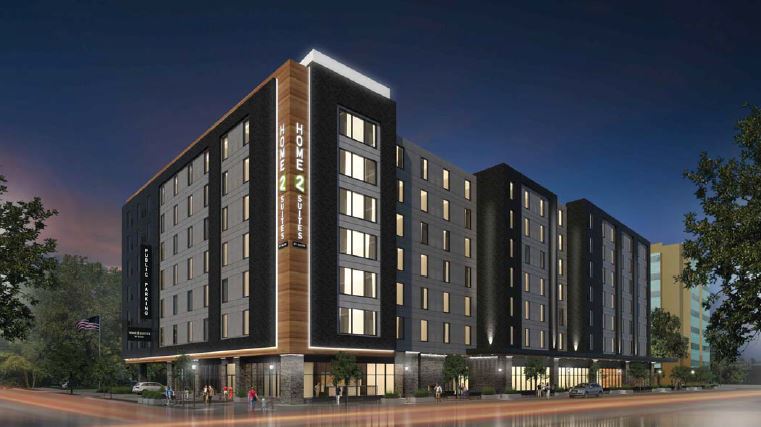 In September 2016, CCDC issued an RFP for the 0.3 acre Remnant parcel located on Front Street between 5th and 6th in the River Myrtle-Old Boise Urban Renewal District. One submission was received and CCDC Board of Commissioners awarded the Proposal to Capitol Partners, LP on November 14, 2016. The proposal included a concept for a 600 space garage and 140 room hotel.

Subsequent to the award of the proposal, the developer – now DBA Front Street Investors, LLC – has been working with CCDC for many months determining how best to bring this project to fruition. The developer has found a hotel partner who will build a 7-story, 138 room hotel to wrap the now 540 space garage. CCDC finds this project to be consistent with redevelopment plans for the district and wants to encourage and support this development of currently vacant parcels and associated public and private parking within the District. As such, CCDC will be participating in the project in three ways:

1) discounted land disposition
2) reimbursement for public improvements up to $1.8 million based on Tax Increment generated by the project
3) purchasing 200 monthly parking passes for 7 years to be re-sold to the public

The Developer will be responsible for the construction of the Garage, and is partnering with Raymond Management Company, a hotel developer to build the hotel which will wrap the garage. The project is scheduled to begin construction in the summer of 2018, and scheduled to be complete in early 2020.